Tags: Big ButtBig titsBlondesBrunettesBustydovefuckingFacesittingFingeringLesbianLingerieMasturbationMILFOlder/YoungerPussy LickingRimmingScissoringSquirtingThreesome
Release Date:
Description: Alan and Adira are newly married and are looking for a home to make their own. Thankfully, Alan’s mother Ivy is a realtor so she helps them with the search to help alleviate some of the stress. They think the house they’re looking at today is going to “the one” so Alan heads out to buy a grill for the celebration they’re going to have later that evening while Ivy gives Adira the tour.

After the tour Ivy and Adira sit on the couch to go over all the details. Ivy says that she has the paperwork ready to go if they want to get everything started but Adira seems a bit hesitant. After some prodding, Adira comes clean to Ivy that her step-mother, Dee, is also a realtor and she and Alan already talked to her about buying the house from her.

Ivy doesn’t take this news lightly, she’s shocked that they would do this to her but offers to sweeten the deal with whatever Adira wants. Dee arrives and after meeting Ivy she decides to give Adira a proper tour of the house. They finish up in the second living room where Dee explains to Adira that although she really likes the house, she should get an inspection before buying it.

When Ivy hears this she tells Adira that there’s no need for an inspection, it’s a new house and everything is new so she should save some money and spend it on herself. Dee objects to this and both mothers start bickering over the proper way to sell a house. Adira thought this was going to go a lot smoother but she thinks she has a way to bring both families closer.
Comments
Wongo4Ever
03/14/2020
Adira what can you say she's a goddess a great actress explosive eyes that melt steel and her aquatic abilities are more reliable than Old Faithful!!!! She is a superstar in the making.The only other things needed for this masterwork were a infield tarp and waterproof eye makeup More Adria PLEASE!!!!!!!!!!!!!

CVP 100
03/14/2020
Write a Comment...
FootDude242
03/14/2020
MORE IVY LEBELLE PLEAAAASEE
Iffagnik
03/14/2020
I love dee williams, so fucking sexy
Jack
03/15/2020
Ivy is by far one of the sexiest women in porn right now, and a great performer. Love all the girls in this scene, but I'd love to see more of Ivy specifically.
Vickysapphire17
03/17/2020
It's a great video but would to see more domination in the video like girl more handgag and handcuffs scene
That_Dude
03/26/2020
I'm surprised to see such an average rating for this. Adira Allure is such a spunk of energy, Ivy is delicious in her vexatious manner between the mother and daughter while Dee takes delight in succumbing to the ploys of the opposition. Dee comes off as genuinely nice that it overshadows what could have been just as manipulating of a character as Ivy's. I'm alright with that as it adds another angle to it. I will admit, Ivy as Alan's mother is the mother of all stretches of disbelief. Ed Wood himself would be jealous with envy over such an ambitious undertaking. Maybe as a sister-in-law would have worked better? That aside, great threeway between the participants as each stay in character as the situation unfolds. I've said it before and I'll say it countless times---Alan captures the best threesomes on screen. This is no different.
Som
04/01/2020
This Adira is really wunderful and she safes the scene somehow. Luckly there doesnt seem to be a cut in the editing before she sits on the edge, so she looks like to be a happy and real squirter
Terry
04/02/2020
loved adira really wanna see more hopefully she will get better partners.dee is a hard no for me and why is there an anoying guy interupting every 5 minutes this is supposed to be girl girl not girl girl anoying idiot sure hope to see more adira
pornoboy
05/09/2020
Please book Chanel grey for a couple of scenes
leznout
06/05/2020
This is a great story and honestly, its the scene that made me a subscriber to this site. I loved the teasing, the dirty talk, the seduction... it was great and so fucking sexy. Adira and Ivy had beautiful chemistry. And Dee... love that she kept her heels on. More scenes like this... Step moms and mother in laws contending for their daughters juice!
Updates You Might Like: 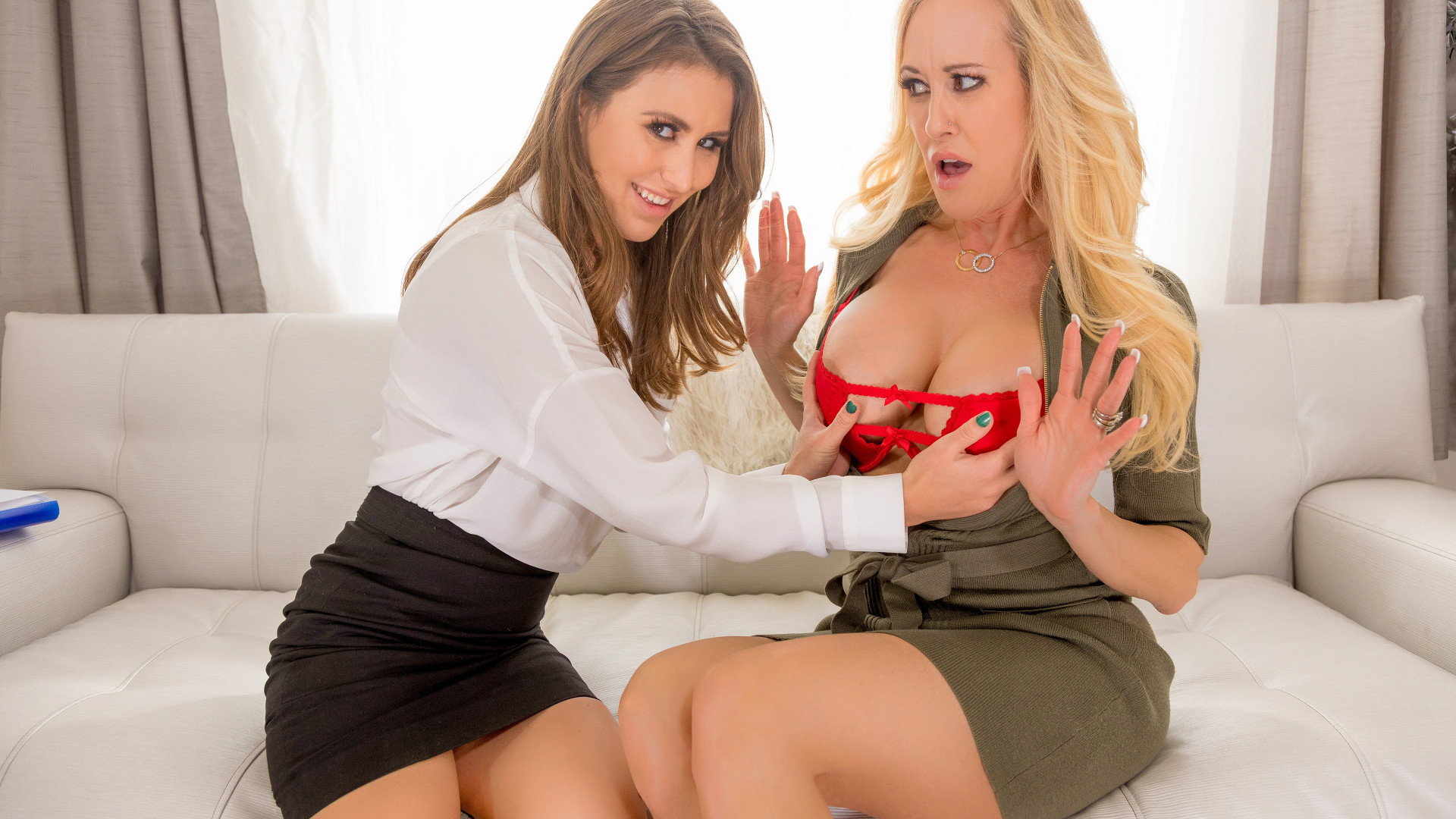